Our complete offer of research models

Do you need a transgenic model?

It’s a widely used strain and was the first one to have its genome sequenced. It’s not very sensitive to spontaneous tumours but allows for the expression of a wide variety of mutations, hence its frequent use as genetic background in transgenic models.

C57BL/6JRj show age-related hearing loss and are resistant to audiogenic seizures. It is sensitive to Diet-Induced Type II diabetes and atherosclerosis.

C57BL/6JRj are also characterized by hereditary hydrocephalus (1 to 4% incidence), imperforate vagina after 24 to 28 days), low bone density, higher rates of malocclusion, high rates of microphtalmia and ocular malformations and addiction to morphine and alcohol.

C57BL/6JRj are active and relatively aggressive but easy to manipulate and have a long life expectancy (2 years). 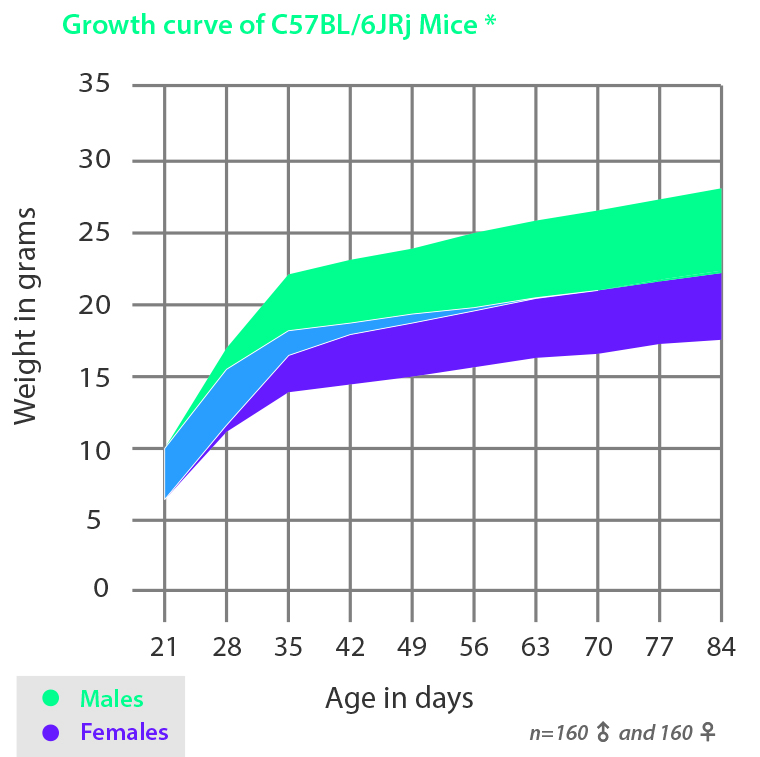 Research has been conducted, all over the world, from models bred in our laboratories. ...Library being updated...

Services and research models that may be of interest to you